Laterna Magica Museum hosts an intimate cinema called Cine Ibn Al-Haytham. The name is a tribute to the Arab scientist Ibn Al-Haytham and a reminder of his contributions to the science and knowledge of visuality.

Ibn Al-Haytham (965-1040), known in the West by the Latinized form of his name 'Alhazen', was a pioneering scientific thinker who made

important contributions to the understanding of vision, optics and light. Through his Book of Optics (Kitab al-Manazir) and its Latin translation (De Aspectibus), his ideas influenced European scholars including those of the European Renaissance. Today, many consider him a pivotal figure in the history of optics and the 'Father of Modern Optics'. 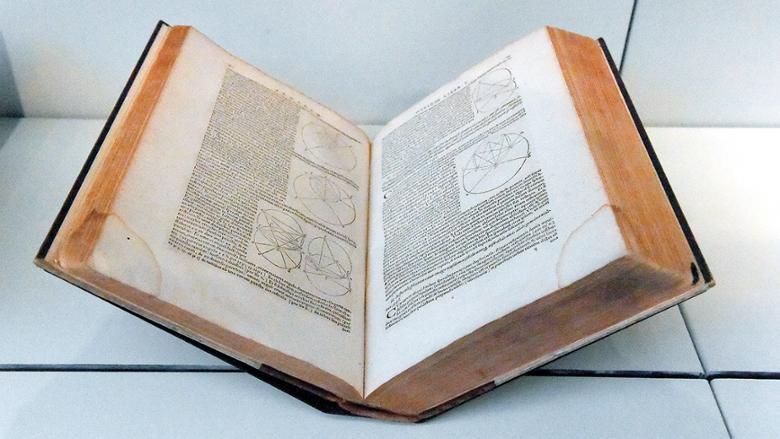 In his seven-piece book 'Kitab Al-Manazir', Ibn Al-Haytham criticized several theories of the past, among them the 'theory of vision'. He examined what happens when someone is exposed to bright light and discovered that the light going from an external source into the eye has a certain influence on one’s vision. In order to expand knowledge, he began with a series of experiments with which he investigated the relation between light fraction and image distortion.

He learned that the mathematical aspect of optics, in this case being the reflection and fraction, had to correspond with the knowledge of the anatomy of the eye. For that reason, he drafted an eye with all its components in his book. Crucial observations made him propose that the eyes receive light reflected from objects, which in turn allows humans to perceive them, rather than emanating light themselves, contradicting contemporary beliefs, including those of Ptolemy and Euclid.

Ibn al-Haytham's sketch of the human optical system together with a Latin translation. The sketch to the right is the oldest known drawing of the nervous system from Kitab al-Manazir of Ibn al-Haytham, in which the eyes and optic nerves are illustrated. It shows a large nose at the bottom, eyes on both side and a hollow optic nerve that flows out of each one towards the back of the brain.

Elements of modern scientific methods are found in early Islamic philosophy, in particular, using experiments to distinguish between competing scientific theories, and a general belief that knowledge reveals nature honestly. Ibn Al-Haytham was quite influential in this regard. He developed rigorous experimental methods of controlled scientific testing in order to verify theoretical hypotheses and substantiate inductive conjectures.

His scientific method was very similar to the modern scientific method and consisted of a repeating cycle of observation, hypothesis, experimentation, and the need for independent verification. The way in which Ibn Al-Haytham combined observations and rational arguments had a great influence on the later scientists.

In the early 12th century, the Spanish town of Toledo was the focus of a huge effort to translate Arabic books into Latin. Christian, Jewish and Muslim scholars flocked there, where they lived alongside one another and worked together to translate the old knowledge into Latin and then into other European languages. Ibn al-Haytham's Book of Optics as well as some of his other scientific works were translated into Latin. Having his work available in Latin proved influential on scholars writing during the Middle Ages and Renaissance, including Roger Bacon, Johannes Kepler and even Leonardo da Vinci, thus significantly contributing to the intellectual legacy that Latin scholars derived from Muslim civilization. 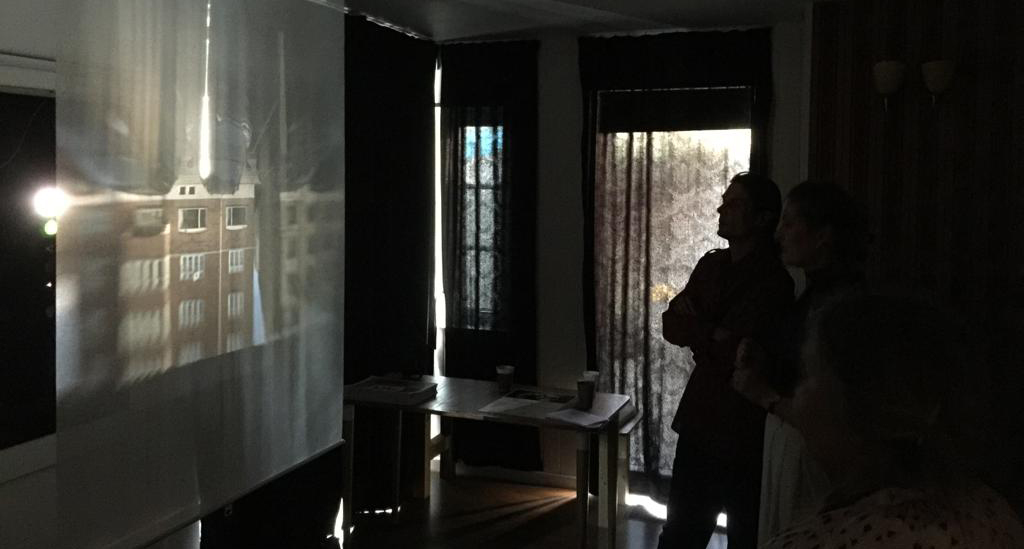 CAMERA OBSCURA IN THE SALON OF LATERNA MAGICA MUSEUM.

Ibn Al-Haytham is credited with explaining the nature of light and vision through using a dark chamber, known in Latin as a camera obscura, the device that forms the basis of photography. Ibn Al-Haytham often used the term 'al Bayt al-Muthlim' in his many experiments, which translates into 'the dark room'. With that he also described his developed camera obscura, which was a camera that sent an image through a small hole. None of his predecessors (Aristotle, Euclides or Al-Kindi) who just like Ibn Al-Haytham studied the effects of light, which goes through a camera obscura, was able to prove that everything which is projected on the screen came from the other side of the hole. 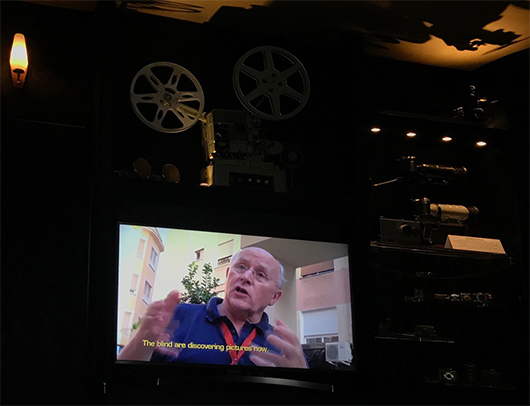 THE CineMA showing films about the knowledge of visuality 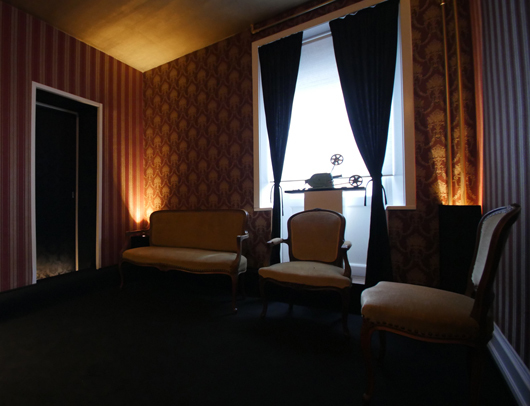 At present, we rarely consider the historical development of scientific knowledge or envision the countless experiments that paved the way for contemporary inventions used in daily life, such as cameras, projectors, and TV screens. By replicating the camera obscura and naming the cinema after the scientist who first

discovered, understood and described the phenomena, Laterna Magica Museum for Visual Knowledge aims to keep the history, knowledge and awareness intact, to put current visual inventions in perspective, and to enrich our experience and amazement of the world.

The creators of '1001 Inventions and the Library of Secrets' brought about this film on the 11th century scientist Ibn Al-Haytham. It was launched during the United Nations proclaimed International Year of Light and produced in partnership with UNESCO.