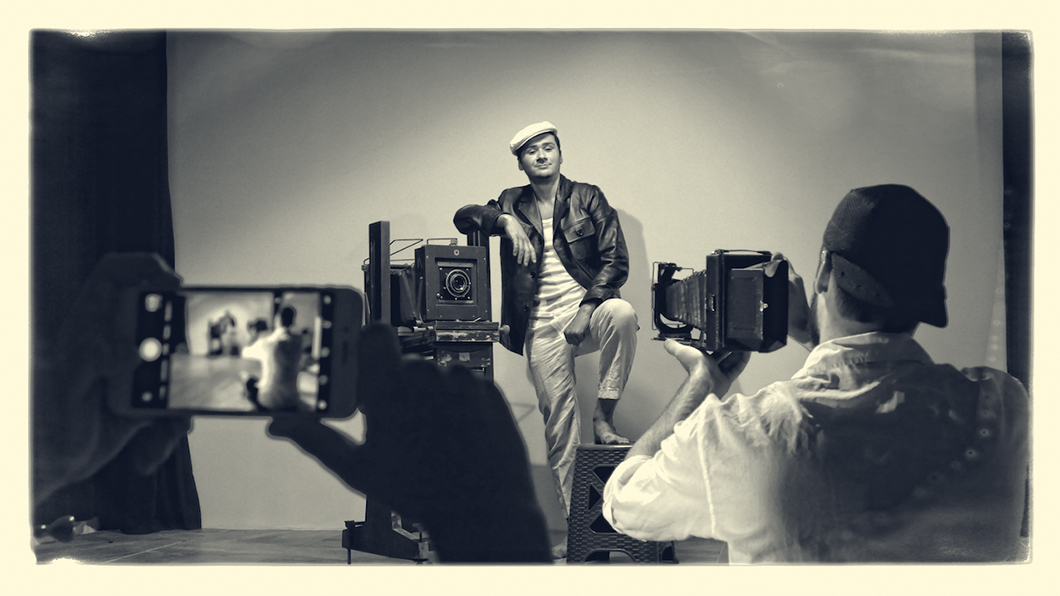 The Skin of Cameras
- vision, visualization and visuality

Preopening exhibition at Laterna Magica Museum for Visual Knowledge may 23

The exhibition The Skin of Cameras provides an informative / interactive space where early and contemporary knowledge of visual history is transformed into new insights and inventions. The exhibition examines aesthetic aspects such as the knowledge of vision and the effect of images. It also explores narratives and the position of constructed media in modern society.

Visuality as a term has become a keyword for the field of visual culture. It is assumed that it is a postmodern theoretical term, yet the word was coined by the Scottish historian Thomas Carlyle in his writing On Heroes (1841). The philosophy of visualization even dates back to the Greeks, but it was the Arab scientist Ibn al-Haytham (meaning 'the overwatcher'), born in Basra, Iraq 965, who was described as the father of modern optics, experimental physics, and scientific methodology. Ibn al-Haytham (nicknamed Ptolemaeus Secundus) put together the first principles of the camera obscura and wrote insightful commentaries on related works by Aristotle, Ptolemy and the Ancient Greek mathematician Euclid.

The exhibition 'The Skin of Cameras' at Laterna Magica Museum for Visual Knowledge presents a new understanding of the science of the image and the visualization of art. Image science is articulating the complex term of visuality resulting in newly emerging human sciences aiming at investigating the epistemological problems of present-day visual culture. In contemporary time, artistic visual content and images are made artificially, or as a form of art made from technical digital information, changing the traditional notion we have of visual art and replacing it by what is known as digital visual arts.

The Skin of Cameras, an interactive communicative exhibition, shows one-of-a-kind works, some of which are published for the first time in Denmark, and features artists Oliver Ressler, Espionage Assembly, Bell and Howell, Magic Lantern Compendium, ZAR, Ib Melchior compilation, Ibn al-Haytham, and drawings by the blind Turkish artist Eşref Armağan.

The Skin of Cameras 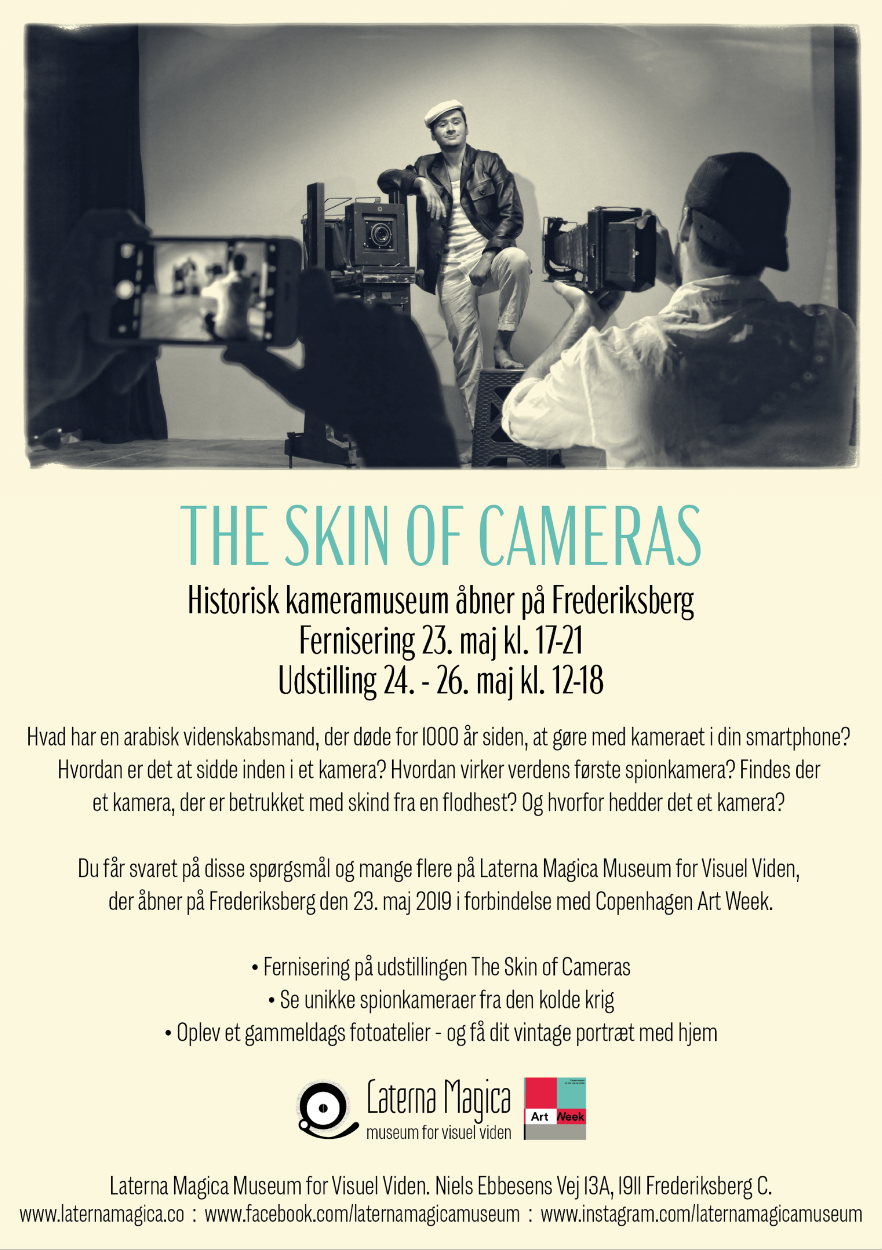