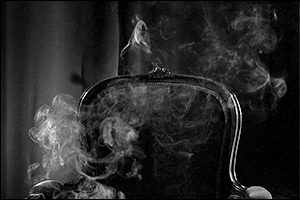 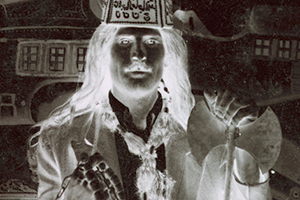 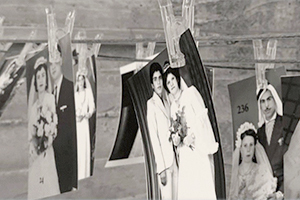 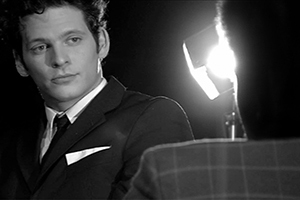 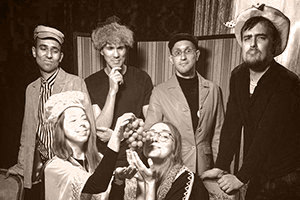 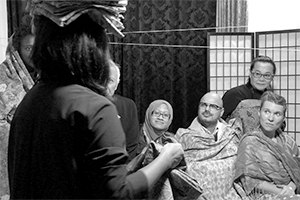 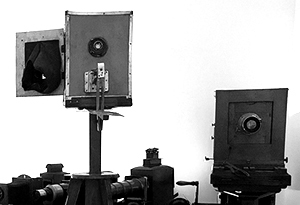 The Turkish painter Eşref Armağan was born visually impaired and has never been able to see. He taught himself to draw and paint at the age of six after wondering if he could paint the things he was feeling with his hands in a way others would understand. His use of other senses to understand and convey the world as he experiences it has been examined by researchers, particularly Professor John Kennedy of Toronto University, for years. With his unique ability to make 3D drawing and color paintings despite his visual disablity, Eşref Armağan has changed our understanding of visuality and hence the world.

Laterna Magica Museum founders produced a documentary that follows Eşref Armağan as he is invited to take part in one of Europe’s most important visual culture events, the Manifesta in Spain 2010, in a meeting between art, culture and modern science. We thought pictures have to do with the eye, but now it seems it has to do with perception, which can either be experienced through the eye or through touch. To Eşref Armağan, his ‘eyes’ are his hands. 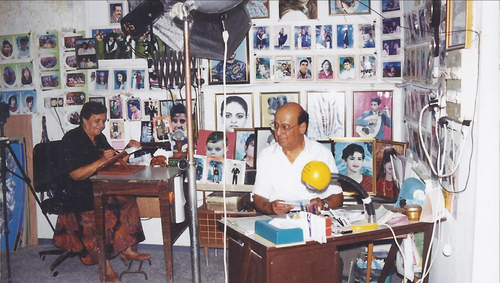 A documentary from Studio Nabil

"I am going to tell you about my father, Salim ‘Azzam. My father was born in 1919 in Haifa and had to leave Haifa to Nazareth in 1948 (the Nakba-year). In Nazareth, he began his profession as a photographer, when people needed to obtain new IDs (Israeli IDs). My brother, Nabil, was born in the same month my father opened his studio. He considered his son’s birth as a blessing, and named the studio: "Photo Nabil". Salim (my father) learned photography by correspondence with London. He mastered English as a former employee in the Iraqi Petroleum company (IPC) branch in Haifa. And here is where his long journey with photography began and it remains until his death in 2007.

The first camera he used as an amateur lacked focus, which required measuring the distance between the lens of the camera and the object. My mother's first assignment was to measure the distance between the person's nose and the photographer's lens. Photography as an art form and a profession was complicated. One had to install the film in the camera, then soak the film in certain chemicals, then rinse the pictures with water and hang them to dry, then print them with a printing press.

The first and oldest printing press has been used all the way form the beginning, and it printed thousands of photos, small ones for IDs and passports and large ones for big events. The Rolleiflex-camera was very sophisticated at the time, but it took no more than 12 shots at one go. Then a gadget was added to the camera, which enabled it to take 24 or 36 photos at one go. Retouching was an important stage in photo production. My late mother, Nabil's mother, filled the blanks resulting from the shadows to make the images look smooth. Some clients wished to enlarge the size of an ID or a wedding photo, originally 9x12cm in size into 50x60cm or even 70x80cm, and hang it on the wall at home.

The third or fourth generation of cameras had “a blower” that could be moved forward or backward to achieve focus. The photographer had to put a black sheet of cloth on his head to see the photo clearly through the lens. The focus had to be achieved while the object was seen upside-down. The Polaroid-camera was used to produce instant photos of IDs and passports, where clients took them on the spot.

The late Salim ‘Azzam, owner of Photo Nabil's studio, filmed thousands and thousands of photos and left his impact on the era in which he worked and in the life of the grooms, whose weddings were considered very special moments to remember. Photos of the bride and groom were not taken at the day of the wedding, or the day before or after, but after almost a month, when they got to know each other better and relax from the hectic wedding celebrations.

I made a detailed study about the changes, which took place between 1950-1980 in bride’s images and attires, based on the photo archives of my late father. Change can be clearly seen at brides’ attire and appearance in accordance with fashion, due to social and economic developments, while men’s attire looks more stable and limited in choice (trousers and shirt). Dresses, models, fabric, bride’s veils and accessories change, among many other details.

Being the daughter of a photographer, and having access to his archives, I took the chance and made a detailed research published in a book under the title “Dressed in White”. The archives have an alphabetic index, which makes it easy to find any of the thousands of photos taken through this long span of time. We can easily find the negatives on demand, accordingly.

And the story lives on …" 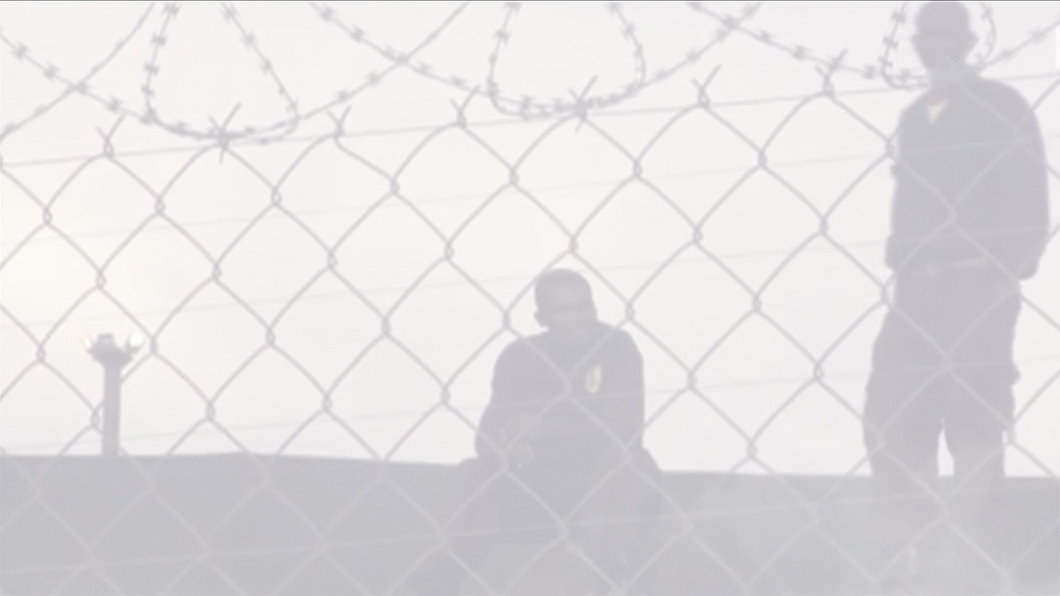 The film “The Visible and the Invisible,” whose title quotes a book of the same name by the French philosopher Maurice Merleau-Ponty, addresses a relationship of exploitation between the toxic industries and inhumane jobs in the global South and the gigantic profits from commodity trading in the hands of a few persons in the global North. The film presents a field of view, obscured by smoke, that also points to the toxic emissions associated with the production in southern places; these images are interwoven with images of corporate headquarters located in Switzerland with unprepossessing

name plates of Vitol, Trafigura, Mercuria, Gunvor, Litasco, Bunge and Dreyfus. The film thematizes, with reference of commodity trading, how the wealth in the North relates to poverty in the South; it undermines a dominant capitalist myth that northern “victimless” prosperity could not be causally related to southern poverty. 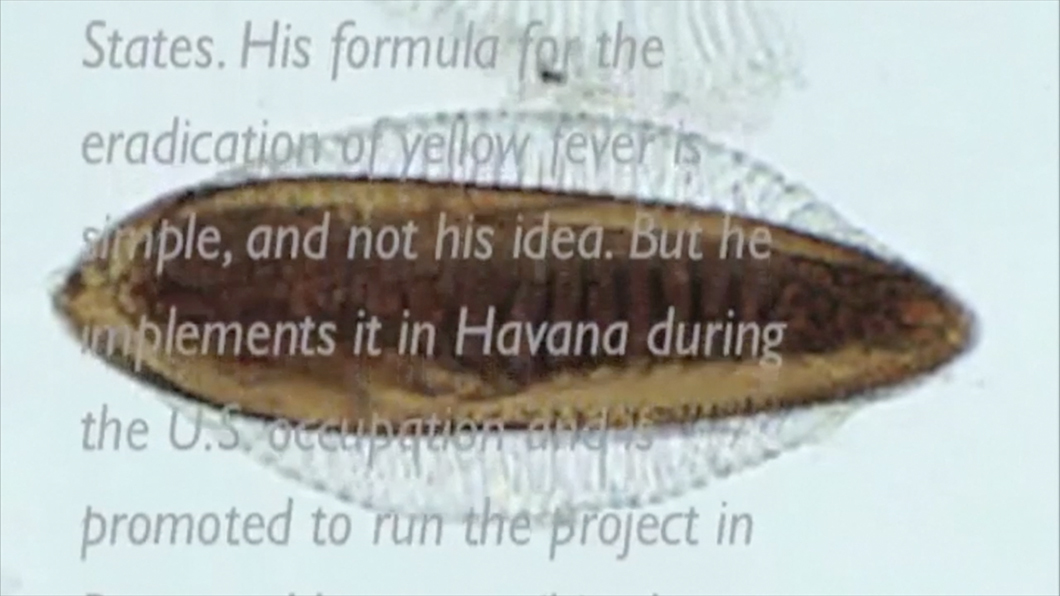 Artist’s Statement: At the cut, from the wound

In hotel/panamá, the practice of a decolonial aesthetics is a process of unfolding time, space and story. The Panama Canal is the cinematic field for this engagement. “The Land Divided, the World United.” This is the phrase that adorns the seal of the Panama Canal. Whose land? Whose world? The narratives of the Canal are multivalent: It is a site of contestation, of coloniality and de-coloniality.

The land is continually divided, and the world united, across multiple bodies, territories, time-spaces.

My body is there, as is my mother’s. Our narratives collide and co-exist with other mothers and lost children. The hotel in the title refers to a single administration building, which became the School of the Americas, and is now a resort hotel. In this edifice, we find apparitions and shadows. Fragments are gathered and reordered to build other knowledges, a decolonial symbolic. There are many horizons and beings. We see and hear them together.